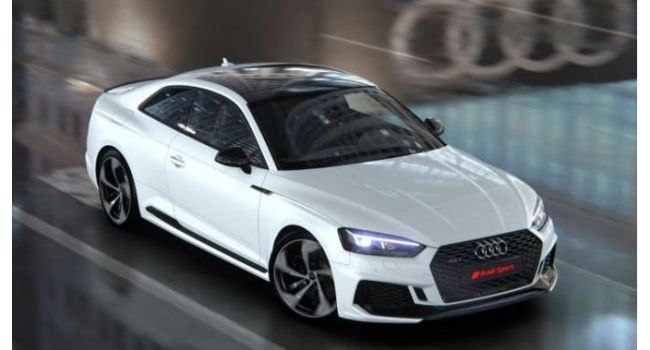 The Audi RS5 has returned to Audi’s model line-up and is now available as a coupe and a new five-door Sportback version for the first time. Both will initially be sold in a special Audi Sport Edition trim level and just 250 of each model will be available in 2019. The cars are available to buy now for £68,985, with first deliveries scheduled for the end of June.

The Audi RS5 Coupe and RS5 Sportback use the same 2.9-litre twin-turbocharged V6 petrol engine. It produces 444bhp and is combined with quattro all-wheel-drive, which catapults the cars from 0-62mph in 3.9 seconds. An eight-speed tiptronic automatic gearbox is the only one available.

Unlike Audi’s other recently revealed performance models, the RS5 Coupe and Sportback don’t feature mild-hybrid technology or a diesel engine. Audi claims up to 30.1mpg for the Coupe and 29.7mpg for the Sportback in mixed driving, while CO2 emissions are 213-215g/km. In the RS5 models, the all-wheel-drive system distributes 40% of power to the front wheels and 60% to the rear wheels, and it’s able to measure power to each rear wheel to maximise grip and handling ability. The five-link front suspension is joined by a rear setup that’s unique to RS models, and there are four different driving modes consisting of Comfort, Auto, Dynamic and Individual.

Both cars are now exclusively available in a new Audi Sport Edition trim level, which adds 20-inch alloy wheels, tinted rear windows, gloss-black exterior trim pieces and an Audi Sport exhaust system. The Audi Sport Edition models will only be available this year; when the RS5 enters a normal production run in 2020, the cars will come in standard RS spec.

The RS sports seats are trimmed in a combination of Nappa leather and Alcantara suede fabric with contrasting diamond stitching. Both RS models are well equipped, with a panoramic glass sunroof, full LED lights, a digital instrument cluster (called Virtual Cockpit), Apple CarPlay, Android Auto and Audi’s Parking System Plus. Blindspot warning is fitted as standard, too. While it’s marginally less economical, the five-door Sportback is more practical thanks to its rear doors. Behind the 40:20:40 split-folding rear seats is a slightly larger 480-litre boot too (the Coupe has 465 litres), with a metre-wide boot opening. When you need to carry more cargo, folding the seats down frees up to 1,300 litres of space.