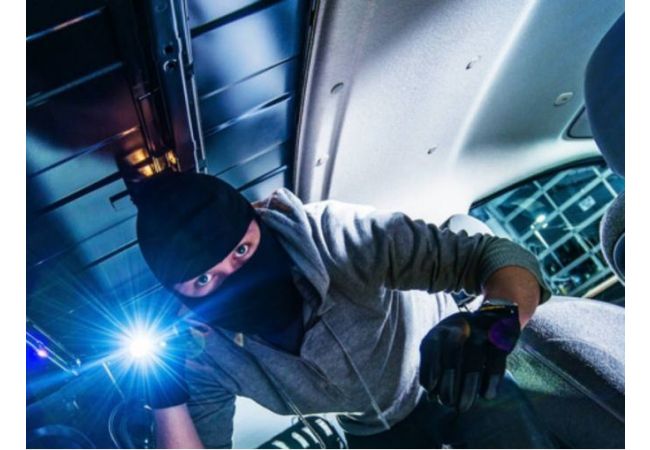 Experts from LeaseVan.co.uk have revealed eight security measures tradespeople can take against criminals if forced to leave tools or equipment in vans while working or overnight. From deadlocks and CCTV to deliberately parking badly and dirty vehicles, the specialist advice could help deter thefts and catch those responsible when a crime is committed. Here is the LeaveVans.co.uk list of security measures tradesmen and women can take when storing tools or equipment in their commercial vehicles:

1. Intruder alarms. Many people find standard vehicle alarms annoying and will be tempted to ignore them, so it’s worth considering installing a separate intruder alarm to discourage possible thieves. Guard valuable good by fitting a coded device that will trigger when your van is accessed by someone who doesn’t have permission. Some alarms available online can be controlled remotely, synced with your mobile phone and even include a tracker.

2. Tool vault boxes. To give valuable tools and equipment an added layer of security, purchase a van vault box or safe to store them in. Requiring a key or combination to open, the range of high security options work in a similar way to a personal home safe, but often with tailored compartments for specific tools too.

3. Deadlocks. Deadlocks can give vans enhanced defences against thieves by adding an extra and usually stronger locking point to cab and rear doors. They are operated independently to a vehicle’s standard, factory fitted locks, which allows the driver to control when each door is unlocked individually.

4. CCTV. Most businesses will protect their premises with CCTV cameras that can help both deter and capture potential criminals, so why not their commercial vehicles too? Small, high quality devices can now be brought relatively cheaply online and one should be installed on both the inside and outside of vans, either permanently or temporarily while parked. Remember to display a clear warning sign too – this could make a thief turn away before the cameras are even called in to action.

5. Permanent tool marking. Invisible anti-theft marking on your tools and equipment that requires ultra-violet light make them much easier to trace and their ownership indisputable, should they be stolen. Tradespeople could also choose to use clear and obvious tool markings, such as carving or laser-burning a name or logo into handles, to put off thieves before items are taken.

6. Dyes. Dye tags like those used in clothing retail are the best way to catch thieves literally red handed, as a burst of ink triggered by opening or moving a tool box without permission leaves little doubt who the criminal is and could deter them from trying to make off with your goods. Concealed packs of dye, used by many banks within stacks of notes, could also be hidden within expensive equipment. They’re armed by magnets and triggered by radio waves on a timer. ‎

7. Inaccessible parking . When there are tools and equipment in your commercial vehicle, reverse it into a parking space where the rear doors are practically touching a wall or other obstacle. If a potential thief can’t easily access your van and it’s content, they’re more likely to be discouraged and move along.

8. Simple dissuasion. A basic sticker on the outside of a van declaring that no tools are stored in the vehicle may be enough to convince a criminal to try elsewhere. Even if it’s not true, it’s cheap, quick and worth a go. Keeping the outside of your commercial vehicle in an unusually dirty condition when equipment must be stored inside could also put off thieves, by making the van seem to the outside world like it’s less valuable and unlikely to contain important items.

Tim Alcock from LeaseVan.co.uk said: “Wherever possible, it’s advisable to move expensive tools and equipment indoors for secure storage. “But sometimes location and circumstances mean tradespeople have no other option than to leave items in their vans while they’re parked up on a job or overnight. “While of course thieves remain responsible when items are stolen, wise tradesmen and women should do whatever they can to avoid becoming a target or victim of crime. “To help deter criminals and make a theft less likely