Everything you need to know about Apple CarPlay 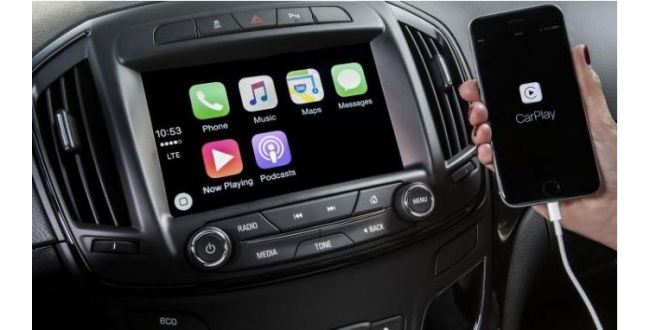 Controlling your smartphone from your car? Well, that’s where Apple CarPlay and its Android-compatible equivalents Android Auto and MirrorLink come in. They allow you to mirror your smartphone’s screen on your car’s infotainment screen and operate certain functions – such as sat nav and music – just like you would on your phone. Doing this on your car’s screen is both safer than fiddling with your phone on the move and on the right side of the law.

You won’t find Apple CarPlay on every new car on sale but it’s becoming more and more common. You can also buy replacement radio units that are CarPlay compatible for older cars. At the bottom of the page is a list of every car that’s available with CarPlay on sale in the UK.

Apple CarPlay is becoming commonplace on expensive and high-spec cars these days and isn’t unheard of on cheaper models, either. Essentially, it replicates your iPhone’s screen on the car’s infotainment screen and allows you access to certain apps. Unsurprisingly, you can use it as an actual telephone to talk to people, as well as accessing your music and using the navigation function of mapping apps. You can also access your text messages, which Siri – Apple’s voice-control system – will read out for you.

Not all apps are compatible, unfortunately, there are, however, a limited number of CarPlay-compatible non-Apple apps, including the hugely popular Waze navigation app and the Spotify music streaming service. Expect the number of compatible apps to increase as CarPlay becomes more prevalent across new cars.

For 2019 Apple has rolled out a host of updates for CarPlay. One of the main changes is a new ‘dashboard’ effect, which allows you to split the screen into two or more different functions. You’ll be able to have the navigation information side-by-side with the song you’re listening to, instead of having to switch between apps. The music app has been redesigned, and Apple’s Calendar app has been added to the home screen. This is likely to give you details of upcoming meetings and appointments. Apple’s voice control function, Siri, is now displayed on top of the screen you’re on, instead of coming up in a new screen.

How does it work? First, you need to connect your iPhone to the car using its USB charging cable. This will make the car’s screen look like a zoomed-in version of your iPhone screen. It’s important to note that you need version 7.1 or later of Apple’s iOS operating system for this to work. You can use CarPlay in a few different ways. Firstly, you can make use of the Siri voice control function to select your music or read your messages out to you. You can then dictate your reply without taking your hands off the wheel. If you car has a touchscreen, you can use that to control your phone’s functions as well as the vehicle’s built-in infotainment system, but with the familiarity of the iOS operating system and Apple’s large icons on the screen. You can also use steering wheel or dashboard-mounted controls (if your car has them) to select particular programmes and features as you would ordinarily.

Should I get Apple CarPlay? Once the screen comes up, you’re able to use the various apps just like you would on your iPhone, but as the display is bigger and clearer, it’s much safer than fumbling about with your phone while on the move. You can CarPlay in a number of different ways. For instance, you can ask Siri to play a song from your music collection or read your text messages to you. You can even dictate a reply, so you can keep a conversation going without taking your hands off the wheel. Also, you can use the car’s touchscreen or steering-wheel-mounted controls to work everything you need to, allowing you to use your phone just as you would normally.

Many new cars in the UK now come with Apple CarPlay as standard, so we can’t list all of them individually here. We still recommend that you check that the model you’re interested in has it; there are still a few cars that aren’t available with it at all and for some, it depends on the exact trim level. Be aware that some cars, even expensive ones from upmarket brands, have Apple CarPlay as an option, and the amount manufacturers charge for it varies wildly.