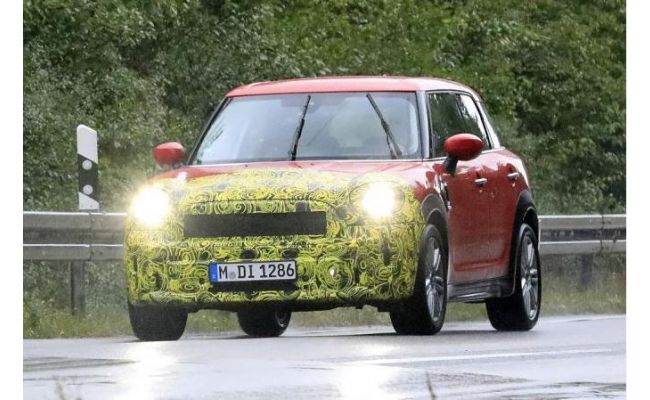 A mildly revamped version of the MINI Countryman has been caught on camera during its road assessmentThis is our first look at the facelifted MINI Countryman. The revised model looks set to adopt a handful of exterior styling tweaks, a reworked interior and a new range of customisation options, which will bring the crossover in line with the recently refreshed MINI Clubman.

We expect it will reach the UK early in 2020. Exterior styling revisions over the outgoing MINI Countryman include new front and rear bumpers, new alloy wheel designs, an updated radiator grille, fresh LED headlights and new Union Flag-branded tail lights. Judging by the camouflage on this mule’s nose and rear, the 2020 Countryman will also receive a mildly reprofiled bonnet and boot-lid.

As with the current Countryman, buyers of conventionally powered models will be able to choose from either front- or four-wheel-drive and either a six-speed manual or an eight-speed automatic gearbox. The Countryman PHEV will come as standard with four- wheel-drive, with the rear axle being driven by an electric motor. Like the rest of MINI’s range, buyers will be offered a host of optional extras, including larger alloy wheels, adaptive suspension, a Harmon Kardon stereo system, a head-up display, heated seats and MINI’s Navigation Plus pack which adds a larger 8.8-inch infotainment system, a wireless smartphone charger and enhanced Bluetooth.