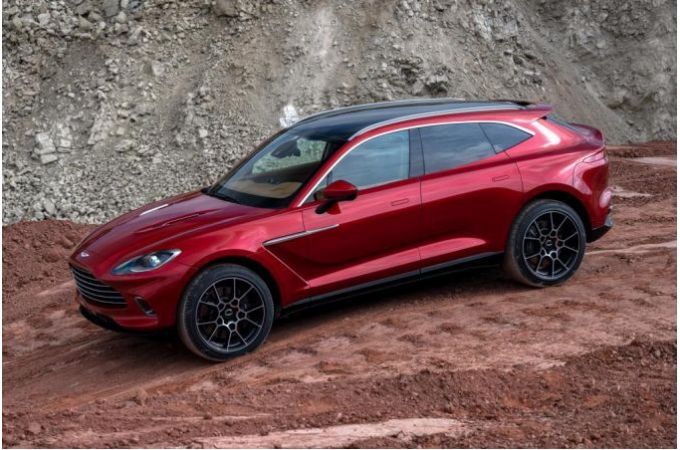 The new Aston Martin DBX arrives to rival the Bentley Bentayga and Lamborghini Urus, with prices starting from £158,000This is the Aston Martin DBX, the first SUV from the luxury sports car brand and a key model in the British maker’s plans to expand over the next decade. The DBX has been in development since 2015, and is designed to rival the Porsche Cayenne Turbo and Bentley Bentayga. It is, Aston Martin hopes, the model that will attract more female buyers to the brand, but also a car that the company expects will appeal to existing customers. More than 70 per cent of Aston’s sports car owners also have an SUV in their garage

At the heart of the DBX is a retuned version of the Mercedes-AMG-sourced 4.0-litre twin-turbo V8 petrol engine used in the Vantage and DB11. It produces 542bhp and 700Nm of torque – enough to take the car from 0-62mph in 4.5 seconds and to a top speed of 181mph. A revised firing order and an active exhaust are said to give it a different vocal character to Aston’s sports cars.

The DBX features a nine-speed torque-converter automatic gearbox, and four-wheel drive, incorporating an active centre differential and an e-diff at the rear. This allows torque to be split front to rear (it ranges from a 47:53 split, to almost entirely rear-drive), although the car also uses its brakes to vector torque across the front and rear axles to aid turn-in and improve agility.

Aston isn’t claiming that the DBX will be able to match a Range Rover off road, although the brand’s dynamics chief, Matt Becker, says it should be at least as capable as the Cayenne or Bentayga – so everywhere from muddy tracks to sand dunes, and very much at home hauling a horse box across a soaking-wet field. “We tried many of the car’s likely rivals early on,” he told us, “and it brought it home to us what a challenge this was going to be. It’s a car that has to handle around the Nürburgring but also be capable of towing more than 2.5 tonnes or driving through half a metre of water.”