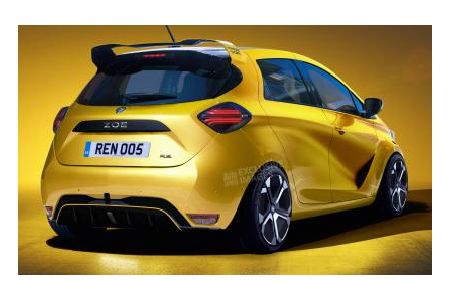 A Renault Sport version of the ZOE electric hatch is being eyed up as an indirect replacement for the Clio RS, Auto Express can reveal. Bosses at the firm told us a successor to the hot Clio is no longer a viable business proposition, and that a hot ZOE is currently the favoured option within the company to plug the gap.

Renault previously flirted with the idea of a performance-based EV back in 2017 when it showed the ZOE e-sport concept. The running prototype featured technology learned from the French firm’s efforts in Formula E; a twin-motor set-up delivered 454bhp and a 0-62mph time of 3.2 seconds, but the concept was never intended to be put into production. However, Ali Kasai, Renault’s executive vice-president of product planning, told us that future Renault Sport models have to be in keeping with the brand’s electrification strategy.

“We need to be in line with the current trends; we have to invent the future sporty cars. This is the role of Renault Sport, to be innovative,” Kasai said. “ZOE, that concept, it is exactly what we were thinking and we still think. That car was appreciated by many people, they loved it, they want to buy it from the feedback we get.”

The latest ZOE is powered by a 52kWh battery that drives a 132bhp electric motor on the front axle. A range of up to 245 miles is claimed. There are various ways in which Renault Sport could develop a more performance-focused model; the first would be to sacrifice some of the car’s range while adding a more powerful electric motor. Another avenue would be to fit an additional motor on the ZOE’s rear axle.

• Opinion: "An electric hot hatch is something we should all look forward to" Kasai added: “The question is what is the performance? What is the range of that car? How would it be on track? Renault Sport is a serious player, so if we do the car it has to have the performance. But if it can only do one lap of a track and then it has to go to a charging station, well that’s not what we want to do”

One of the defining factors why Renault bosses are leaning towards a hot ZOE is the collapse in a business case for the Clio RS. Kasai said ever-tighter CO2 emissions targets made bringing the vehicle to market at an affordable price unachievable.

“Today a Clio RS would need very elaborate technology to reach lower CO2 levels. And by keeping the high performance necessary for such a vehicle, you would have to charge such a big premium that those customers would be mostly unable to afford it,” Kasai told us. “At the moment, even if we love sporty cars, as is our history, we can’t find the solution to that equation – it’s impossible.

“Also, looking at the competition, we don’t see many rivals.”