Seven up - Looking for a seven-seater? 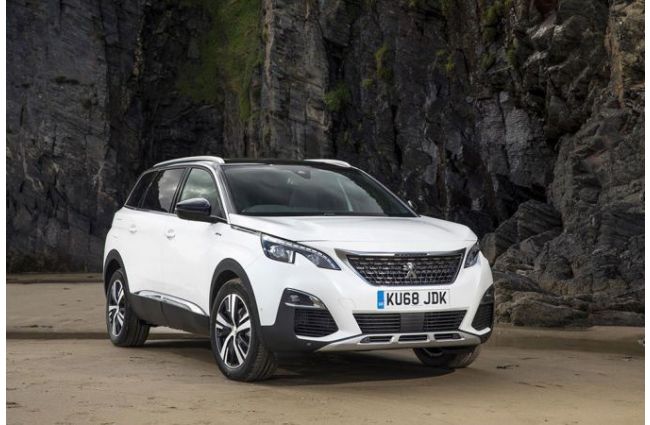 MEDIUM size SUVs provide plenty of room coupled with comfort for long distance drives. There are plenty to choose from but we’ve picked out five of the best for the SMEs.

Starting with the Business Motoring Best Medium SUV, the Peugeot 5008. Now in its second generation, the 5008 has ditched the MPV style in favour of an SUV look, and why not with the rise in popularity of the bodystyle? It actually shares a lot of its running gear and interior specification with the smaller 3008 but its larger body allows for two more seats in the boot. Unlike some rivals where seven seats are an option, all versions of the 5008 are seven-seaters as standard. The 5008’s list prices are competitive with rivals such as the Skoda Kodiaq and resale values are strong. It’s also relatively cheap as a company car, thanks to low CO2 emissions for both petrol and diesel models. Leasing rates are generally pricier than rivals, though. The Nissan X-Trail boasts rugged looks and has the option of a third row of seats plus you can opt for a four-wheel-drive version. The X-Trail’s 1.6-litre diesel engine is clean and economical although economy does take a dip on four-wheel drive versions. The 2.0-litre diesel is powerful but not as competitive against the Peugeot 5008 when it comes to BiK tax rates. Having seven seats its useful in this segment and one vehicle which has these at a very competitive price is the Skoda Kodiaq.

It’s actually Skoda’s first-ever seven-seat car and its first large SUV. It also benefits by sharing some of its underpinnings with other Volkswagen Group SUVs. - A valid choice for a niche group of business usersThe entry model only comes with five seats along with a 123bhp 1.4 petrol engine. Biggest-selling engine is the 148bhp 2.0 diesel. Resale values are pretty good and the Kodiaq will cost less in monthly repayments than the Nissan X-Trail if buying on PCP finance. Official fuel economy and CO2 emissions aren’t as good as an equivalent Peugeot 5008 which is worth noting if you’re a company car driver looking for cheaper BiK tax.

One of the best looking in class is the Renault Grand Scenic, but the looks have not come at the expense of practicality. It’s massive wheels, which give it presence, are practical, providing a comfortable ride while having a low rolling resistance to counteract any impact the larger-diameter wheels have on the CO2 figures. It comes with a high level of standard equipment. All but entry-level Play models get sat-nav, while Apple CarPlay and Android Auto smartphone mirroring comes as standard.

Last but not least among our seven seaters is Citroen’s C4 Grand Picasso. This is one of the most practical cars of its type, with a roomy interior and a decent-sized boot while it also undercuts many of its rivals in terms of price. Resale values aren’t quite as good, though but company car drivers will benefit from low CO2 emissions – especially from the 1.6 diesel engines. Entry-level Touch Edition models come with air conditioning, dual-zone climate control, alloy wheels and rear parking sensors, although it’s worth stepping up to at least Feel (the next trim up) because you’ll also a brilliant 12in panoramic HD central display, Citroën Connect Nav and front parking sensors.