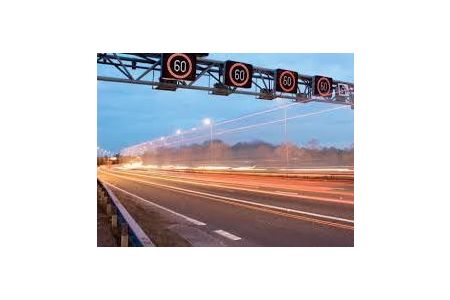 Smart motorways were introduced in 2006 on the M42 and are intended to increase capacity and reduce congestion at busy times by using the hard shoulder as a running lane and using variable speed limits to control traffic flow. “We are seeing fewer breakdowns on smart motorways – people take maintenance more seriously – and we also have fewer vehicles running out of fuel (5-10% of all breakdowns),” O’Sullivan said. “This is because of the signage pointing to the next fuel station.”

Highways England is now developing its software to handle greater quantities of data, enabling more accurate traffic information. It is trialling vehicle-to-infrastructure (V2X) connectivity on the M2/A2 in Kent, feeding information such as diversion routes straight to a vehicle’s sat-nav. “This is exciting two-way information using dynamic traffic management to send tailored information to your vehicle,” said O’Sullivan. “Rather than blanket network coverage, we will reach a point where we know you are going to Dover from the information in your car and then we can give you traffic predictions.”