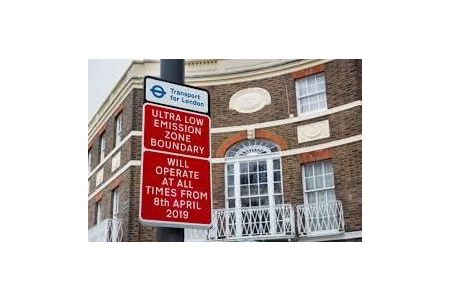 Transport for London (TfL) has earned £220,000 per day since the introduction of the London Ultra Low Emission Zone (ULEZ). Drivers of older, non-compliant, cars that enter the ULEZ at any time are charged £12.50 per day on top of the £11.50 congestion charge that operates on weekdays.

Sadiq Kahn, Mayor of London, said: “It's early days, but it's great to see Londoners and businesses are doing their bit to make a difference, with nearly three quarters of the vehicles driving into central London each day now meeting the standards required to turn around this public health crisis. It's vital this compliance is sustained to truly make a difference to our air quality, and as time goes on we will publish more research into the impact of the ULEZ, progressing this ground-breaking, life-saving work even further.”

The ULEZ operates 24 hours a day, seven days a week, 365 days a year in the central London congestion charging zone. Motorists who drive in the zone in a vehicle that does not meet the new emission standard (petrol vehicles that do not meet Euro 4 standards and diesel vehicles that do not meet Euro 6) have to pay the daily charge. There were around 36,100 fewer older, more polluting, non-compliant vehicles seen in the zone on an average day (excluding non-typical days), a reduction of around 58% per cent, from February 2017 to April 2019. This has already started translating into real-world improvements in air quality, including a reduction of approximately 20% in NO2 concentrations measured at roadside monitoring sites in the zone since February 2017. TfL highlighted that around 3,000 drivers per day were in contravention of the scheme and issued with a warning notice on the first offence. Khan has confirmed that the ultra-low emission zone (ULEZ) will be expanded up to the north and south circular from October 25, 2021.